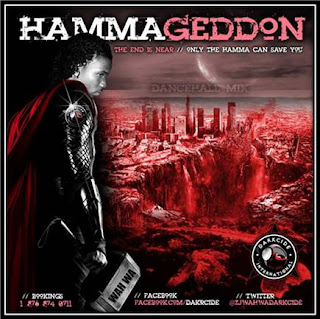 Popular selector and radio jock ZJ Wah Wa also known as the ‘Hamma General’ of Darkcide International and Zip 103FM has once again stepped to the fore with the release of his much anticipated 2011 official Summer mix CD titled ‘HAMMAGEDDON’.
Known for his musical artistry and wittiness, the eighty eight (88) track compilation showcases all these elements while taking a few comical jabs at the ongoing tension between rival camps J.O.P and Gaza, interspersed with some very hilarious skits.
The project visually adopts the Thor theme and is a dancehall mix featuring some of Jamaica’s biggest and upcoming stars including: Aidonia, Bounty Killer, Beenie Man, Chedda, I-Octane, Vybz Kartel, Ryno, Iyara, Elephant Man, Navino, Unga, Chino among others.
According to ZJ Wah Wa, “I try to incorporate my personality into the project so I really hope the fans will appreciate the work I put into it. This is just the beginning of better things to come from the Hamma General and the Darkcide team, look out for some mad things Summer and don’t forget to check me out zipping the airwaves.”
With a full roster of events, fans can catch ZJ Wah Wa and the Darkcide International family burning up the turntables at some of this Summer’s hottest events including: Posh Saturdays, Inches, Hot & Spicy, ATI Negril, Summer Sizzle & Miami Beach etc.
CLICK HERE
TRACKED / SINGLE

Email ThisBlogThis!Share to TwitterShare to FacebookShare to Pinterest
Labels: MIXTAPES

KEEP UP WITH WILLY 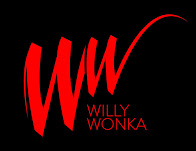 GET TO KNOW ME